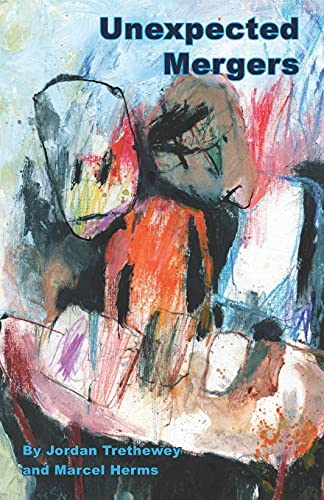 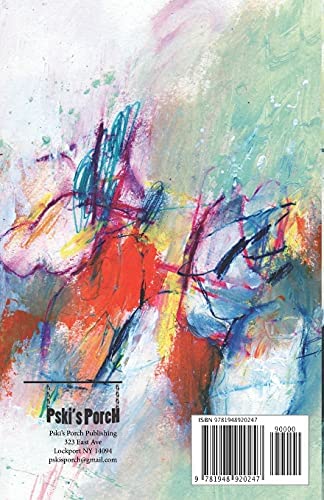 ISBN-10 ‏ : ‎ 1948920247
ISBN-13 ‏ : ‎ 978-1948920247
Another brilliant collaboration between poet Jordan Trethewey, poet laureate of Fredricton BC, and painter Marcel Herms, Unexpected Mergers is a haunting, and often hilarious, conversation. An emblem book for the 21st century.Jordan Trethewey gets it right. His collaborations with Marcel Herms are truly, as the title declares, Unexpected Mergers. This is Trethewey and Herms’ second collaboration in three years, and like 2019’s Spirits For Sale, the tone is dark, creepy, dare I say Goth, and highly imaginative. As a writer who is comfortable working with artists, Trethewey’s words do more than respond to the images; they inhabit them. Looking through and reading Unexpected Mergers becomes a chicken and the egg proposition: what came first, the image or the text? While there is a Goth sensibility to the entire book, there is also an underlying lyrical wit that transforms the readers’ experience to one of, if not joy, then pleasure. This is a book that has to be seen to be believed, so take a dive into the strange world of Trethewey and Herms; you’ll relish the experience.— Danny Shot, author of Works, and head poetry editor at Red Fez

Like all good ekphrastic works, Jordan Trethewey’s poems and Marcel Herms’ artwork could successfully stand alone, yet side-by-side in Unexpected Mergers they transmute. They both reflect one another and flavor each other’s narratives. With saturated color and playful language—“you just tickled/the pickled and powdered/plastered grins they contain”—the works toggle between darkness and light, death and living—“nature will provide until/we finish poisoning it/so let’s just go downtown/have an expensive drink.” The paintings suggest human forms, yet with undefined borders, trailing off into their tinted and textured milieu. In the same way the poems eschew traditional punctuation and capitalization—lessening the text’s boundaries on the page. Words and art shape mini-stories which touch on normalcy yet refuse to linger there—just concrete enough to weigh them to earth and avoid floating off into dreamlike obscurity. “It’s not uncomfortable/just unfamiliar.”— Kerry Trautman, author of To Have Hoped, Artifacts, and To Be Nonchalantly Alive